Back in 2019, I wrote a post on the burgeoning growth of the energy storage sector. The main highlights from that post were:

With the number of major power outages hitting the U.S. in recent months, the spotlight is now on grid resiliency.  You see, renewable energy is a critical part of decarbonization, however, it plays havoc with power grids which are designed to rely on baseload energy from traditional sources of power generation. That’s where energy storage facilities come.

So, in the two years since I last wrote about this area, what’s happened?

The short answer is: a lot of growth. According to Wood Mackenzie, in 2020 the US energy storage industry crushed its previous quarterly installation records in two successive quarters. Annual deployments more than doubled in the year and are expected to nearly triple in 2021.

All of this is happening despite the global pandemic.  Wood Mac’s Energy storage director, Daniel Finn-Foley, went as far as to say “It’s the hockey stick that we’ve long expected, and it’s finally being realized." 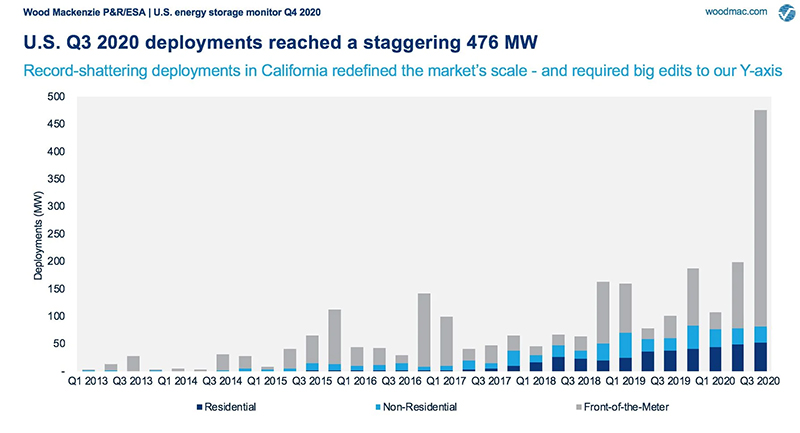 Just as I’d highlighted in my 2018 post, the robust growth in the battery storage sector bodes well for key  metals such as lithium, cobalt, graphite and of course nickel, all of which are needed to make lithium-ion batteries – which remains the current, undisputed leader as the commercial technology of choice for grid storage.

Of course, there are other battery technologies such as vanadium-flow batteries in the running, however, lithium-ion batteries will continue to dominate the grid-storage mix for at least the next decade, and almost certainly longer, given vast investments flowing into lithium-ion battery mega-factory build-outs worldwide.

Mr. Anthony Milewski has spent his career in various aspects of the mining industry, including as a company director, advisor, founder and investor.  In particular, he has been active in the commodities related to decarbonization and the energy transition, including nickel, cobalt, copper and carbon credits. Anthony has served on the London Metals Exchange Cobalt Committee, which includes representatives from the largest mining and commodities companies globally, to represent the interests of the industry to the board of directors the LME. Mr. Milewski holds a B.A. in Russian history from Brigham Young University, an M.A. in Russian and Central Asian Studies from the University of Washington, and a J.D. from the University of Washington.